According to the Mirriam-Webster dictionary:

truth  noun \ˈtrüth\   :  the real facts about something - the things that are true 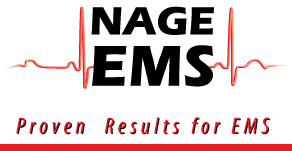 Here is where NAGE EMS Fights the Smears-
What people associate unions with and what the truth actually is..

Smear:
NAGE already has an EMS division in the International Association of EMTs and Paramedics (IAEP).  NAGE EMS is just the same thing.


Smear:
NAGE EMS was formed as part of a failed affiliation with another union.

Truth:
Labor unions absolutely make a difference according to the US department of labor, which has found that labor union membership causes wages to increase compared to similar non-union positions, and working conditions to improve. Workers gain a voice on the job and a sense of economic security.

Truth:
The WORKERS are the union, who stand up for their rights on the job and in society. The workers have full rights to participate in and vote in union matters. They get a voice at the table and elect their own local officers. National representatives train and assist their local officers and provide the resources they need. Local elected shop steward leaders make decisions about grievances, arbitrations and more. It’s THEIR local and THEY decide.

Truth:
Unions actually can make the workplace a fairer, more harmonious place to work. With a contract in place settled on by the workers themselves, everyone is under the same rules and do not have to deal with favoritism and less economic security than others.

Truth:
The money workers pay each month goes back into running their organization. They have the ability to structure the local the way they want. The money goes towards their representation so they gain the best possible pay, benefits and fair treatment.


Smear:
Unions are fizzling out in the working world.

Truth:
The number of union members has stayed steady for the past 50 years. Sixteen million working men and women in the U.S. are union members.  Current NAGE membership is 43,000 (10,000 + EMS professionals) and continues to grow each year because of strong reputation of transparency and top notch representation.

Truth:
Most contract negotiations are settled without a strike. Strikes are voted on by membership and will only happen if the membership fully agrees on it. Most unions use their trained negotiators and skilled professionals to gain what membership wants at the bargaining table instead.